Government is not a stagnant entity. Over time, our government has evolved to meet history’s challenges. Today, there is a movement to make the District of Columbia and Puerto Rico states and to end the Senate filibuster. Books and a plethora of articles are being written about reforming the presidency in light of lessons learned from the past administration. In the same conversation that we discuss Senate and executive reform, we need to talk court reform in this country.

President Joe Biden announced last week the formal creation of a Presidential Commission on the Supreme Court of the United States. This commission is a step forward in normalizing conversation about reform. That said, court reform needs to be about more than just the Supreme Court, and it must be more than an academic exercise.

First, diversity. Too many judges fit one of two profiles. They are either former prosecutors or former big law firm lawyers. Forty percent of federal judges were former prosecutors as of 2019. Another 30 percent previously represented the government in court before assuming the bench. That’s 70 percent of judges bringing to the bench the perspective of government, as opposed to the perspective of people.

Contrast that with less than 20 percent of federal judges bringing to the bench experience as either public defenders or private criminal defense attorneys.

As a country, we have to ask ourselves, why do so many judges look the same? This lack of diversity on the bench conflicts greatly with the diversity of people who go before the courts and the variety of cases currently clogging our courts.

One reason is certainly the stigma that is too often associated with criminal defense work. Such stigma is unwarranted and unfortunate because our judicial system does not work without defense attorneys. Defense attorneys uphold due process and guard against prosecutorial misconduct. Their perspective is sorely needed on the bench. The same is true for civil rights attorneys with the experience of going up against government.

The lack of professional diversity on the bench undermines the credibility and legitimacy of the judiciary, particularly at a time when our government’s reliance on criminal prosecution to solve an array of social issues is finally being scrutinized.

The United States represents 5 percent of the global population, and yet, we have 25 percent of the world’s prison population. Mass incarceration is the result of policies, but prosecutors are the ones implementing those policies through the enormous power of prosecutorial discretion.

Prosecutors are in many respects the most powerful people in the criminal legal system, choosing whom to charge and with what, choosing what pleas to offer and which to take. As we reckon with mass incarceration, we should recognize the role that prosecutors have played in it and reconsider whether a prosecutorial resume makes a good judicial resume. New Hampshire should think about this in real time as we currently have a district court vacancy.

In addition to more diverse judges, we just need more judges. The Judicial Conference of the United States, which is the policy body of the federal judiciary, recently recommended the establishment of 79 new judgeships. This recommendation isn’t about changing how courts function, it’s to enable them to function efficiently. Right now, too many of our courts are backlogged with judges carrying hundreds of cases apiece. This further erodes faith in our judiciary.

These are common sense reforms. And perhaps, coming together on these two fronts will enable a genuine conversation about further reforms. Yes, this could even include a discussion about the number of seats on the Supreme Court. The Constitution is noticeably silent about how many justices should be on our highest court. The number has changed over time. It should not be hyper-partisan to discuss whether nine is the right number in 2021.

These conversations are not just for think tanks and D.C. dinner parties. Court reform should be a conversation driven by the public. The courts serve the people and impact every facet of our lives. More broadly, the legitimacy of the courts is just as relevant to our country’s democratic legitimacy as the functioning of the Senate or the use of executive power. We need to talk court reform in this country and, hopefully, it becomes more than just talk. 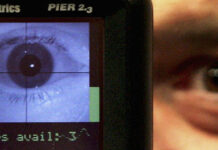 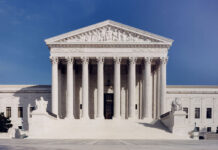