It took about 10 hours for a jury to convict former Minneapolis police officer Derek Chauvin of murdering George Floyd, but we should not conflate the win with justice — this was accountability, and we need more of it.

A stark reminder of the work yet to be done came when moments after the jury delivered its verdict in support of Floyd, a Black teenage girl was killed by police in Ohio. While full details of the incident remain unclear, what is clear is the consistent quickness of police to resort to deadly force, particularly against people of color, including children.

More telltale signs of progress-not-yet-achieved also hung in the air. Many Americans feared the outcome of the trial would not reflect actual events, a clear illustration of the lack of institutional trust in overcoming systemic racism. During the trial, the judge remarked how a Black congresswoman’s comments regarding protests may provide grounds for appeal, a concerning statement coming from a man who is solely responsible for sentencing. Simultaneously, the extremist-right has taken to hateful rhetoric regarding the verdict, and even Speaker Nancy Pelosi — a Democrat who openly supported the outcome — used appalling language by thanking Floyd for sacrificing his life, as if he had a choice in being murdered by police. Each of these moments speak volumes to the extent to which racism remains deeply rooted in America.

For decades, it’s no secret that American police have been provided almost complete immunity. Prior to the Chauvin verdict, there were only five known shooting cases of an on-duty, non-federal police officer being convicted of murder between 2005 and Floyd’s killing that were not overturned. At the same time, the Washington Post reports over 5,000 fatal shootings by on-duty police since the launch of the tracker in 2015, and Colorado’s 9News launched an investigation that found at least 107 people died lying face down — a position without threat — at the hands of law enforcement since 2010.

The United States government, however, apparently cannot tell you exactly how many lives have been lost at the hands of law enforcement. That’s because despite years of efforts to create a national database, there is currently no federal mandate for law enforcement agencies to submit data to the Federal Bureau of Investigations National Use-Of-Force Data Collection program. In 2020, only 5,030 of 18,514 enforcement agencies nationwide provided use-of-force data. This represented a mere 42% of officers employed in America.

Although some smaller agencies may not feel compelled to comply for a want of data, it is also possible that agencies less confident in their current use-of-force data are avoiding participation deliberately, thereby skewing the data in a more palatable direction. This highlights the importance of nationwide reporting accuracy to observe a reliable scope of the problem — and, hopefully, a resolution of the problem.

In addition to a lack of congressional mandate for the FBI’s police oversight program, the current structure of data collection is thin at best. Among many items missing, the program lacks tracking for specific officers involved in reports, as well as requiring zero video clips from body cameras or witnesses to support the data entered. The latter is particularly problematic, as was readily seen in the case of Floyd where the police department reported a very different story than the video footage

In combination, the overall lack of initiatives in federal research and tracking of police accountability is yet one more sign of a highly racialized and biased system. It’s also reminiscent of the nation’s general disdain for researching systemic problems, such as the Dickey Amendment, a provision which ultimately amounts to a prohibition of federal funds to study the public health implications of gun violence. In short, the United States government has deliberately been held back by Congress from tracking and solving some of our most critical problems.

Certainly, data collection alone will not end the excessive use of force by law enforcement. Nor will it end racism or gun violence. But without the data it becomes significantly harder to understand and fix the problems. It’s for this reason that, in addition to several exceptional efforts already underway, we must also address federal level data tracking to increase police accountability.

There’s no mistaking that today’s criminal justice system is overly punitive and systematically fails to protect those who are not rich, white or men. While today’s Republicans are actively harmful on this issue, Democrats are hardly immune in their role of perpetuating inequity. In this pivotal moment, it’s necessary for leaders at all levels to revisit their biases and capture momentum by asking what more they can do to reform policing and protect all Americans equally.

(This column was originally published by Colorado Newsline, which like the New Hampshire Bulletin is an affiliate of States Newsroom.) 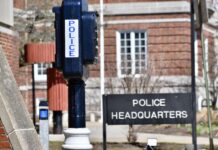 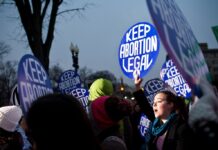 Commentary: A just verdict is not justice, it’s accountability — and we need more