New Hampshire’s latest bid to create “education freedom accounts” – a voucher-like program allowing public school dollars to be used by families in private schools – is not the first attempt of its kind. But it is the broadest.

The proposed law, Senate Bill 130, would give parents the option of using per-pupil public school funding not just for private school tuition, but for supplies and services ranging from computers to tutors. Senate budget writers are expected to add the language to the 2021-2022 budget bill later in the session.

The higher ambitions for the law this year are partly a result of party control: Republicans took back the House and Senate in 2020, with school choice among their biggest priorities.

But they also reflect a radically different legal landscape.

For two centuries, New Hampshire’s constitution has drawn a clear line: Public taxpayer dollars cannot go to religious schools. But that reality has changed, and with it the direction of New Hampshire school funding initiatives.

A series of recent U.S. Supreme Court decisions has poked holes in the state’s Blaine Amendment – the explicit language in the New Hampshire Constitution that states that taxpayer money cannot go to religious schools.

Now, as the school choice movement has taken hold of state houses across the country, some New Hampshire lawmakers are hoping the altered legal reality can open new avenues for laws and policies.

“I really do think that parents should have the choice and that there’s no reason that we should discriminate against religious schools,” said Rep. Bob Lynn, a Windham Republican and an outspoken supporter of the bill.

Since 1784, New Hampshire’s Bill of Rights has included a clause meant to create a financial barrier between the state and religious schools.

“…No person shall ever be compelled to pay towards the support of the schools of any sect or denomination,” Part 1, Art. 6 of the state’s constitution reads.

That firewall was strengthened in 1887, when the state constitution added the “Blaine Amendment”: “No money raised by taxation shall ever be granted or applied for the use of the schools of institutions of any religious sect or denomination,” Part 2, Art. 83 states.

The amendment was one of dozens passed in states across the country in the late 1800s, after U.S. Sen. James Blaine, a Maine Republican, popularized the trend by attempting to get the amendment passed federally. Today, 37 states have similar amendments, according to the National Conference of State Legislatures.

As stark as the language seemed, the ban was never absolute. New Hampshire’s Supreme Court has weighed in at different points in the 20th century to clarify in which instances religious schools may receive state money, according to an analysis by the Institute for Justice, a pro-school-choice national advocacy group.

In 1992, the state Supreme Court released an opinion on an issue that hews close to the one at hand today: a school voucher program.

Concerned about the constitutionality of a program allowing a public school student to leave for a private religious school and take public funding with them, the New Hampshire Senate asked the Supreme Court to weigh in.

In its advisory opinion, the court found that that kind of program would not fly under either of New Hampshire’s constitutional provisions.

“No safeguards exist to prevent the application of public funds to sectarian uses,” the court told the Legislature. The takeaway was clear: Either the Senate excluded religious schools from receiving the vouchers under the program or the law could be struck down. The law did not pass.

For two more decades, that legal status quo reigned. In 2017, it was disrupted.

Chipping away at Blaine

It started  with a simple repaving project at a Missouri pre-school. In 2012, Trinity Lutheran Church’s Learning Center needed to repair its playground and sought to take advantage of a Missouri state program that provided funding for recycled tires.

But Missouri’s Department of Natural Resources refused the application, citing the state’s own Blaine Amendment. Missouri had a provision banning money from leaving the public treasury “in aid of any church, section or denomination of religion.”

Trinity Lutheran sued, and the case made it to the U.S. Supreme Court.

Five years later, in 2017, the court overruled the state’s decision, issuing a landmark 7-2 judgment. As long as a state’s financial aid program was neutral, the court held, religious organizations had as much of a right to benefit from it as nonsectarian groups did.

Denying that opportunity would be a direct infringement on the First Amendment’s “free exercise clause.” In effect, blocking the funding amounted to discrimination, the court held.

The 7-2 decision was the first crack in the armor of New Hampshire’s Blaine Amendment. The decisive blow came two years later.

After Montana lawmakers passed a program to allow businesses and residents to receive state tax breaks to support school scholarships – including to religious schools – parents in the state sued.

Again, the matter came before the U.S. Supreme Court. And again, the court held that the Montana Constitution’s prohibition on funding or aid to religious organizations could not be applied.

For decades, states have relied on the “Establishment Clause” – the portion of the First Amendment of the U.S. Constitution that prevents Congress from establishing its own religion – to argue that the separation of church and state amendments have U.S. constitutional backing.

Suddenly, with two cases the Supreme Court had significantly weakened Blaine Amendments and laws across the country – including New Hampshire.

“The upshot of Espinosa is basically that the Blaine Amendment, if construed by state courts to prohibit funding of religious groups on the same terms as other groups would be funded, that those amendments themselves are unconstitutional,” said John Greabe, a professor of law at the University of New Hampshire Franklin Pierce School of Law.

“It’s still technically the law that that government cannot directly fund religion, but it has authorized and runs around that by use of vouchers and tax credits and things like that,” said Greabe.

How much weight the New Hampshire amendment still holds could be put to the test this year.

The rise of vouchers

The latest version of the “education freedom account” bill, SB 130, makes its stance on awarding funds to religious schools clear. The law explicitly prohibits the scholarship organization distributing the funds from discriminating against those schools.

Under the proposed law, a family making up to 300% of the federal poverty level – $106,000 a year for a family of four – could apply to a nonprofit scholarship organization working with the state to start the process.

Upon acceptance, the state treasurer would transfer the per-pupil adequacy grant that would have gone to the student’s public school, to the scholarship organization itself. That organization would then hold the funds and could spend it on tuition for a school of a parent’s choosing.

According to the bill, the scholarship organization could not refuse to send the money because of a school’s “religious character or affiliation, including religiously based or mission-based policies or practices.”

Proposed school voucher programs and “voucher-like” programs are not new to New Hampshire. But the recent U.S. Supreme Court decisions have created firmer legal ground for their creation, supporters say.

“There’s no question that the legislation has been drafted taking into account what those recent Supreme Court cases have said,” said Lynn, who formerly served as the chief justice of the New Hampshire Supreme Court.

Lynn has long attacked New Hampshire’s Blaine Amendment, arguing it was invented by Blaine, a Protestant, as an implicit attack on Catholics.

To Lynn, the U.S. Supreme Court decisions have corrected what has been discriminatory legal construct against religious institutions. And New Hampshire’s state law avoids potential “church and state” legal pitfalls by giving the decision of where to spend the money to parents, not state officials.

“Suppose that, for example, I collect Social Security. Suppose that I decide I’m going to take all my security money that I get every month and I’m going to contribute it to my church or synagogue. Could somebody come along and say ‘Wait a minute. You can’t do that – that violates the Free Exercise Clause’?” Lynn said.

“It’s my choice,” Lynn said about the tuition program. “The state has made that choice; it’s my choice.”

Rep. Mel Myler, a Hopkinton Democrat and the former chairman of the House Education Committee, disagrees with the interpretation. The Trinity and Espinoza decisions were narrowly decided, Myler contends, tied to situations that are different from New Hampshire’s present voucher proposal.

The proposed law would not survive the same legal scrutiny, Myler said.

“When you begin to look at Senate Bill 130 … this is dealing with public monies going to religious schools,” Myler said. “It’s a different issue that has yet to really be defined.”

That could allow the state constitutional provisions to hold their ground in a future court case, he said.

For Myler, the school choice debate comes down to the state’s responsibilities.

“The Legislature has failed to deal with providing enough funds for schools,” he said. “And so my position is until you begin to meet that initial obligation for the 100% of the students who are in public schools, why are you going to start diverting them?”

If the law does make it through, one thing the state can count on is a swift lawsuit, Myler said. But after the pivot on the U.S. Supreme Court in the past five years, litigation may not be the panacea for opponents of the law.

“I think the principles are pretty clear,” said Greabe, speaking on the recent decisions. “The argument here would be ‘Well, New Hampshire is different: New Hampshire has a Blaine Amendment.’ But … I don’t see how you could distinguish vouchers from tax credits.” 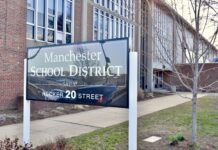 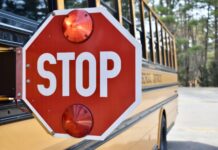 For youngest students and their teachers, ‘back to normal’ carries big challenges 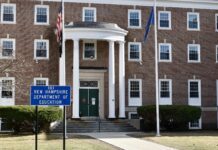 Some schools struggle to meet mandate on in-person learning

The crumbling wall between public money and religious schools

Some schools struggle to meet mandate on in-person learning