The proposed 24-week abortion ban headed to the governor’s desk is not the only abortion legislation worrying advocates and lawmakers. Right up there is Republicans’ denial of $1.2 million in stopgap funding for family planning centers.

The money would have replaced federal funding centers are losing under a Trump administration rule prohibiting them from discussing abortion with clients or referring clients to abortion providers. The federal funding is expected to resume, but not until at least next spring, once President Joe Biden has completed the long process required to lift the restriction.

In the meantime, officials at family planning centers fear an interruption in funding will lead to an interruption in care for nearly 15,000 low-income and uninsured clients. Rules have always prohibited using the money to provide abortions. Instead, they say, this loss will jeopardize routine reproductive care, such as cancer screenings, birth control, and STD testing.

“There are other rural health centers in the area,” said Ken Gordon, CEO of Coos County Family Health Services, whose offices are in Berlin and Gorham. “Generally I think reproductive health services are provided as part of primary care. The question is about access for people with low incomes or people without insurance.” 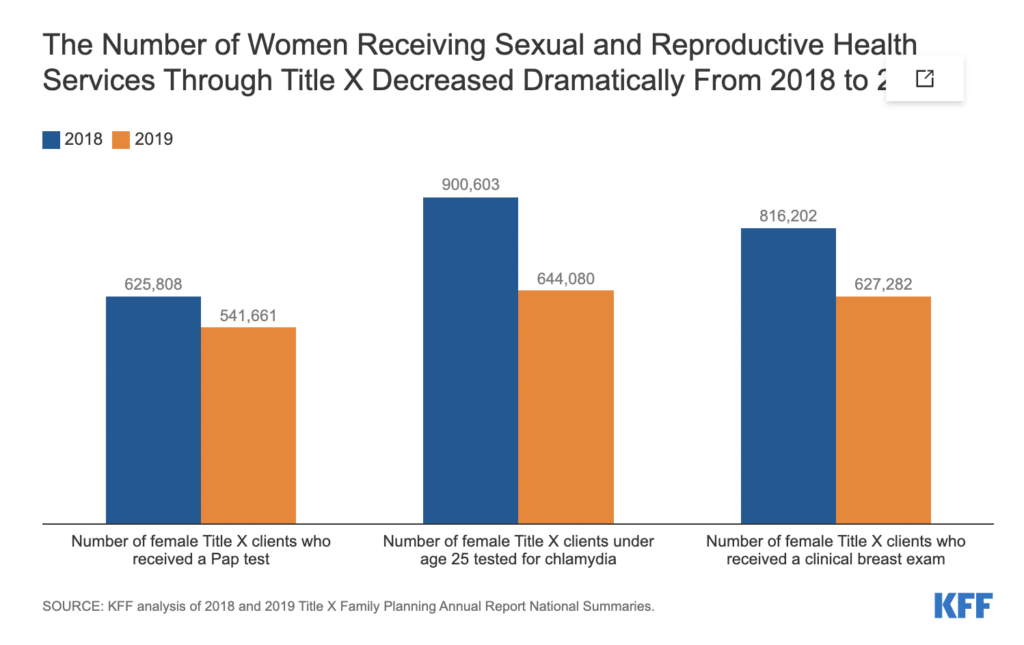 The family planning centers were in the same situation in 2019, after the Trump administration implemented the so-called “gag rule” on family planning funding. According to the Kaiser Family Foundation, 11 of the state’s 19 family planning clinics opted to forgo the money rather than scale back care for clients. That year, the Legislature put $3.2 million in the budget to make up for the lost revenue.

Sen. Cindy Rosenwald, a Nashua Democrat on the Senate Finance Committee, tried to persuade her committee colleagues to do the same this year. She proposed increasing the budget by $1.2 million to cover the revenue gap until spring. The committee voted no along party lines; the full Senate also rejected the idea, mostly along party lines. Sen. Erin Hennessey, a Littleton Republican, joined Democrats in voting for Rosenwald’s amendment.

There may still be hurdles even after the federal money is available again, Rosenwald said. The Executive Council must approve federal contracts, and three of the five sitting councilors have voted down family planning contracts in the past when recipients were unwilling to provide abortions in a separate location. In those situations the federal government has worked around the council by contracting directly with providers.

New Hampshire is not unique. Nationally, there was a 21 percent drop in the number of patients Title X family planning centers saw after the Trump administration tightened funding eligibility. But New Hampshire was just one of eight to see more than half its centers refused the funding. Planned Parenthood of Northern New England, which has five clinics in the state, was among them.

“Legislators worked hard in the last budget to ensure state funds covered the losses caused by the Trump administration’s shameful attacks on reproductive health care,” said Kayla Montgomery of Planned Parenthood. “It is disappointing that while current budget writers know there will still be a gap in federal funds as Trump’s gag rule is reversed, they chose not to allocate adequate funding, risking interruptions to patient care.”

Gordon said his board and providers have no plans to rethink their decision to forgo federal funding while the “gag rule” is in place.

The Biden administration’s proposed rule changes call for more than only lifting the “gag rule.” Providers that take federal funding must provide clients a broad range of contraceptive options on-site and refer out when they don’t offer a preferred method. The Kaiser Family Foundation found that one in four women are not using their preferred birth control method, many because they cannot afford it. That matters, the foundation said, because women are more likely to use birth control consistently when they have a method that works for them.

And the contraceptives must include FDA-approved methods, such as IUDs, oral contraceptives, and emergency contraception. Under the Trump administration rule, family planning providers could receive Title X money even if they only recommended “fertility awareness methods,” such as abstinence. 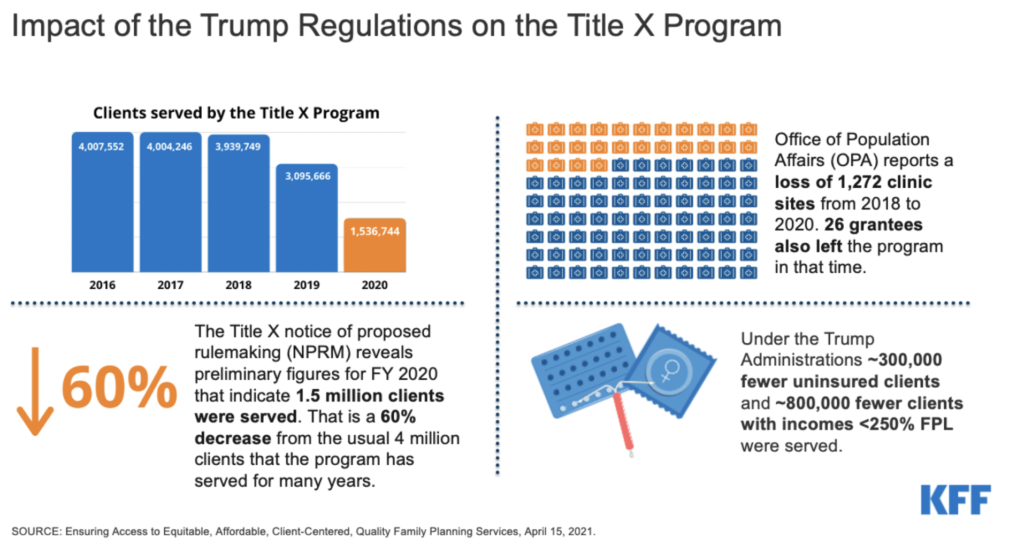