The state’s unemployment rate fell to 2.3 percent in May. (Getty Images)

This story was updated June 15, 2021 at 3:30 p.m. with new information and to correct the unemployment rate.

Fewer Granite Staters are collecting state unemployment, according to the Department of Employment Security. But the bigger story comes next week, after federal benefits end and 9,300 out-of-work residents are left with no unemployment assistance.

In its latest jobs and unemployment report released Tuesday, the state Department of Employment Security said the state’s May unemployment rate dropped 0.3 percent to 2.5 percent. That’s lower than the nation’s 5.8 percent and far below the 13.4 percent unemployment rate the state reported a year ago, two months into the pandemic.

The number of employed residents is also down, however, but only by 710 people. In May, 735,180 New Hampshire residents were employed, the state said.

Unemployment claims are tracked two ways – first time filings and ongoing claims filed by those who’ve been collecting unemployment. Both were down in April, the most recent figures available. But each remains higher than pre-pandemic levels. First-time claims fell by just 280, coming in at 15,183 in April. But those filing continuing unemployment claims fell by 17,000, to nearly 42,400.

The report does not look ahead to June 19, the day Gov. Chris Sununu is ending federal unemployment, three months before the federal deadline. Federal aid accounts for most of the $1.82 billion the state paid out in unemployment as of April. This includes the additional $300 weekly payments everyone on unemployment collects and the federal aid paid to nearly 9,300 people who are likely not eligible for state unemployment because they are self-employed, gig workers, or are out of work for a qualifying COVID-19 reason. All but the self-employed, who make up 60 percent of federal unemployment recipients, may be eligible for state unemployment after their federal benefits end, but only if they had earned up to $2,800 over 18 months prior to the pandemic.

Richard Lavers, deputy commissioner at the state Department of Employment Security, said his office has not heard concerns from federal unemployment recipients, likely because they have know for several weeks their assistance will end June 19.

“Considering the job market right now and the hiring going on across all sectors, it really is a great opportunity for those people,” Lavers said.

Sununu issued a statement within an hour of the report.

“Today’s job report makes clear that New Hampshire’s economy is roaring back to life with one of the lowest unemployment rates in the history of the Granite State,” he said. (The lowest was 2.2 percent in 1987 and 1988.) “Such low unemployment rates are no accident, but are the result of a continued effort to provide businesses with the flexibility needed to grow, while providing individuals with the incentives and resources needed to return to work.”

The incentives include the $10 million in bonuses Sununu said he’ll pay to those who stop receiving unemployment and get a job they stick with for eight consecutive weeks – until the end of the summer. He’s giving $500 for part-time job holders and $1,000 to full-time employees. The bonuses are open only to workers making less than $25 an hour.

In terms of resources, Sununu cited the 21 virtual job fairs the state Department of Employment Security has held. Nearly 8,000 people attended in search of jobs with the nearly 860 employers who participated, Sununu’s office said. Lavers said interest in the job fairs has increased dramatically, from 200 people early on to 2,000 people at recent job fairs.

“They are being provided all of the resources to connect with these employers as a result of being in one of these programs,” Lavers said. “So to the extent they want to get back working, the opportunities are really there.” 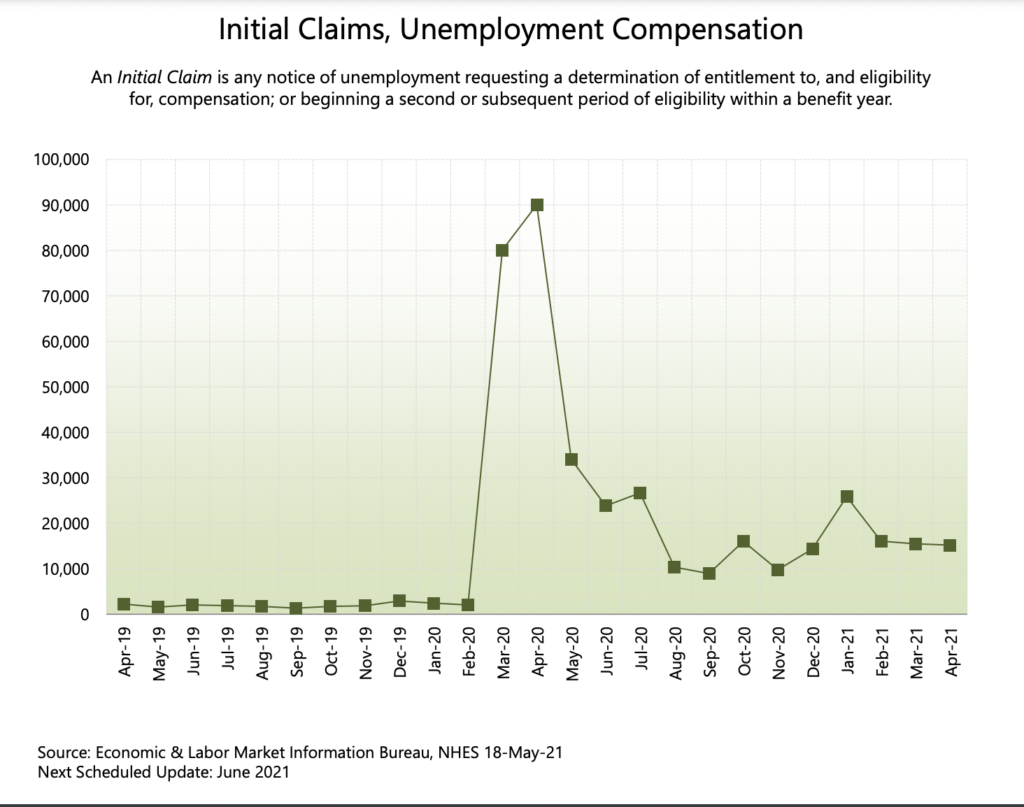 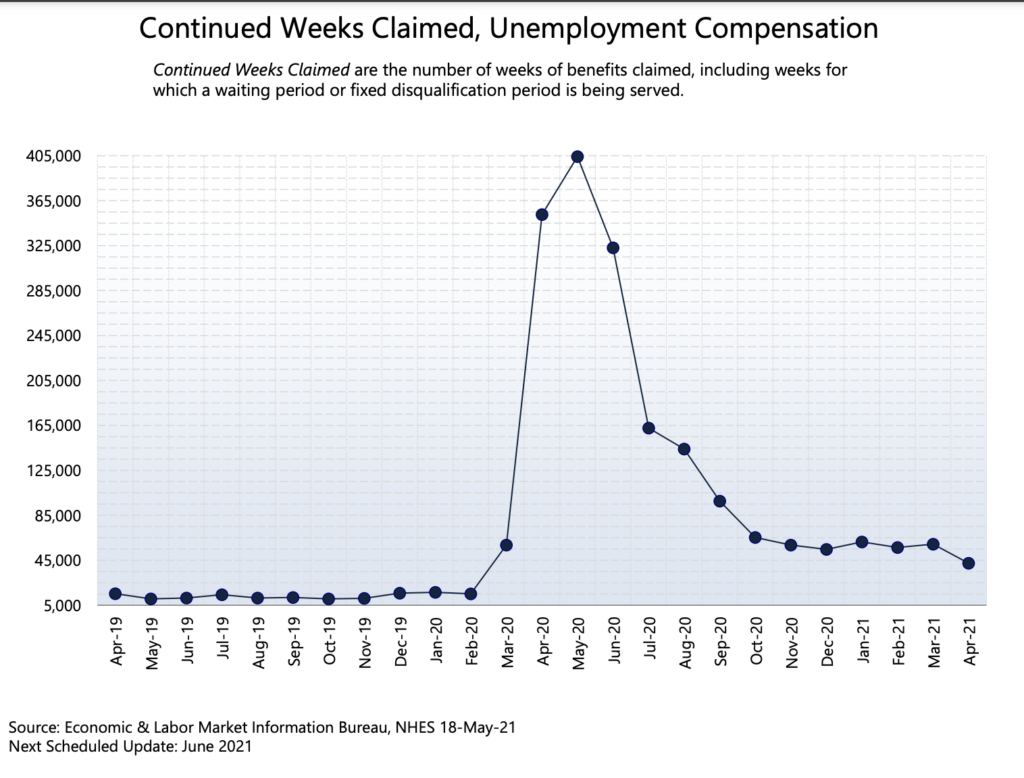